Amitabh Bachchan’s 30 million followers on Instagram saw him in a white sweatshirt, black track pants and a pair of white sneakers with a band on his forehead. The actor also revealed that he was performing this stunt at Humayun’s Tomb. He was also accompanied by actor Boman Irani who was seen next to him trying to perform similar stunts. Irani was dressed in a beige hoodie, off white pants and white sneakers.

Reacting to the picture, his granddaughter Navya Naveli Nanda commented with raised hands and laughing emoji. His son, Abhishek Bachchan also commented with a tiger and flexed biceps emoji.

Amitabh Bachchan captioned the post, “.. seeing Tiger Shroff getting all those ‘like’ numbers through his flexible kick abilities, I thought I would also give it a try, in the hope of getting even a small percentage of ‘likes’ (anguished face emoji). “

Elated that the veteran actor credited his flexibility, a grateful Tiger Shroff wrote, “Ok… had to take this opportunity and show off a little when the greatest star of our country and the greatest action hero had some generous words for me. On a serious note sir, if I can still kick like you even a few years later, it will be a blessing #legend #mrbachchan #blessed. “ 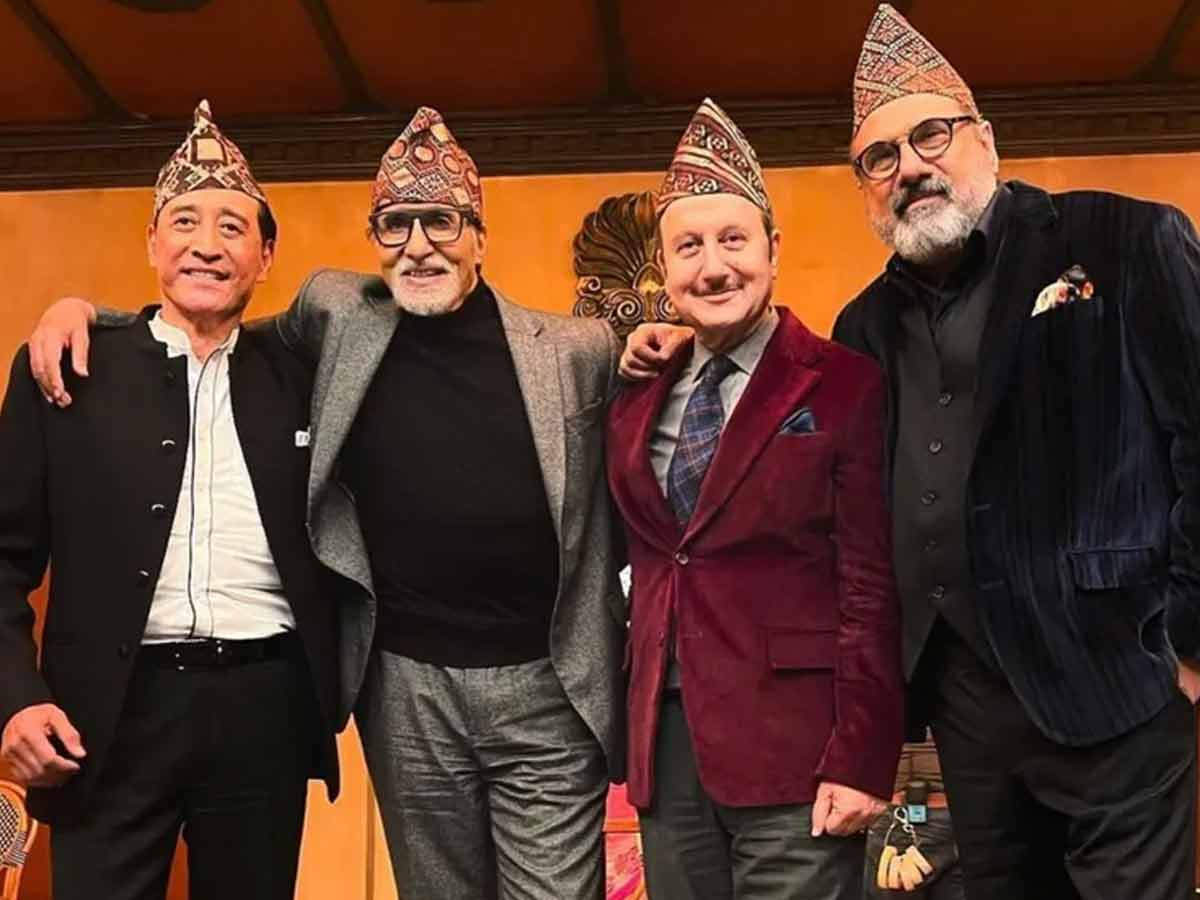 Malaika Arora clicked in a monochrome look in the city

Tiffany Kelly, Founder and CEO of Curastory: Changing the Game for Women